Sanctuary Personnel, one of Ipswich’s largest employers has scooped a national award at this year’s Recruiter Awards 2019. The firm, which specialises in the recruitment of social care, healthcare and criminal justice professionals won the Best Public / Third Sector Recruitment Agency 2019 title.

This is the fourth time that Sanctuary has been recognised by the Recruiter Awards in this category (having previously triumphed in 2012, 2015 and 2017) and they received their award during a glittering gala dinner which was hosted by comedian Tom Allen at London’s Grosvenor House last week.

Sanctuary believes that its continued success is all down to an innovative approach to recruitment. The company cares deeply about its pool of candidates as well as a large client base and works hard to deliver a high standard of service.

Chief executive James Rook said: “This was a huge honour. To be recognised for the fourth time is an unbelievable achievement and this is down to the hard work and dedication of all our staff throughout our business. Recruitment is a difficult industry, particularly in the public sector where we work against a backdrop of continual public sector budget cuts and perceived negativity against agency fees. But that spurs us on to work harder than ever. We do whatever we can to continually evolve our offerings, and to offer greater value for money than ever before.”

Over the past 12 months, Sanctuary Personnel has worked creatively to identify new solutions to recruitment problems taking place throughout the social care, health care and criminal justice sectors. The company listens to the viewpoints of all employees and considers all ideas, many of which have led to the creation of new divisions and services offered by Sanctuary. As a result, the company has recruited highly trained candidates and placed them in jobs quicker than ever before. Clients have also praised the innovative new services stating that it has enabled them to become more efficient and provide a better service themselves.

One specific project stood out to the judging panel; an innovative “youth engagement” programme which helped children get back into education if they were absconding from school. As well as offering them mentoring support, it helped older children with employability skills to prepare them after school. The project, which was delivered by Sanctuary’s statutory delivery division, Skylakes, was part of a unique “Edge of Care” initiative which supported children of parents who themselves had been in care, to prevent the continuation of the care cycle.

Both the ‘Edge of Care’ and ‘Youth Engagement’ initiatives perfectly summed up the category which was seeking to show how the recruitment industry can add value to the public and third sector by helping companies change, improve or save lives through employment into roles which help society as a whole.

The judging panel was highly impressed with Sanctuary, and following the awards ceremony, the organisers released the judges’ comments which stated: 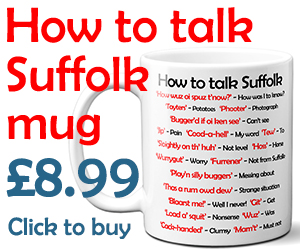 “The winner had developed a proposition that clearly articulates what they stand for and what they then do. Sanctuary genuinely cares about the third sector and delivered an ambitious and innovative approach to dealing with some highly challenging and hard-to-fix situations. The Youth engagement programme really stood out in changing minds and perceptions and made them a worthy winner.”